“Tarsha’s tenacity and vision for a responsive city government built on lifting up the working families that fuel Houston’s economic engine paved the way for her win,” said Brianna Brown, TOP Deputy Director. “TOP is proud to have played a role in delivering this crucial runoff victory for Tarsha, and we are absolutely thrilled at the prospects of her being a powerful voice for the people at City Hall, a policymaker not afraid to ruffle the feathers of the status quo and win the changes our Black and Latino communities deserve.”

After being on hold since late 2019, the runoff portion of the District B election finally came to a close Saturday, giving District B residents the opportunity to have their voices heard, electing Tarsha Jackson to represent them at City Hall. Earning TOP’s endorsement last year, the community organizing group’s robust get-out-the-vote effort proved vital in the last few weeks of the race, helping garner Jackson’s margin of victory.

For 24 days, TOP PAC’s program canvassed, texted, and phoned District B voters to talk to them about their priorities for their district, and the commitment and experience Jackson would bring to Houston City Council. Heading into Election Day, the program made more than 25,000 knocks on doors, 93,000 phone calls, and 82,000 text messages.

“At a time when many in my neighborhood and others across our city are feeling slighted and let down by our municipal leaders over the lack of meaningful action taken to help those struggling to make ends meet during this pandemic, Tarsha’s win is a breath of fresh air,” said Rosie McCutcheon, a TOP member and District B resident who supported Jackson. “Whether it’s at City Hall’s dais or at our doorstep, she’s ready to push her progressive vision for a stronger, more equitable Houston where all can live with dignity and thrive.”

Stay tuned for TOP election and endorsement updates in 2021! 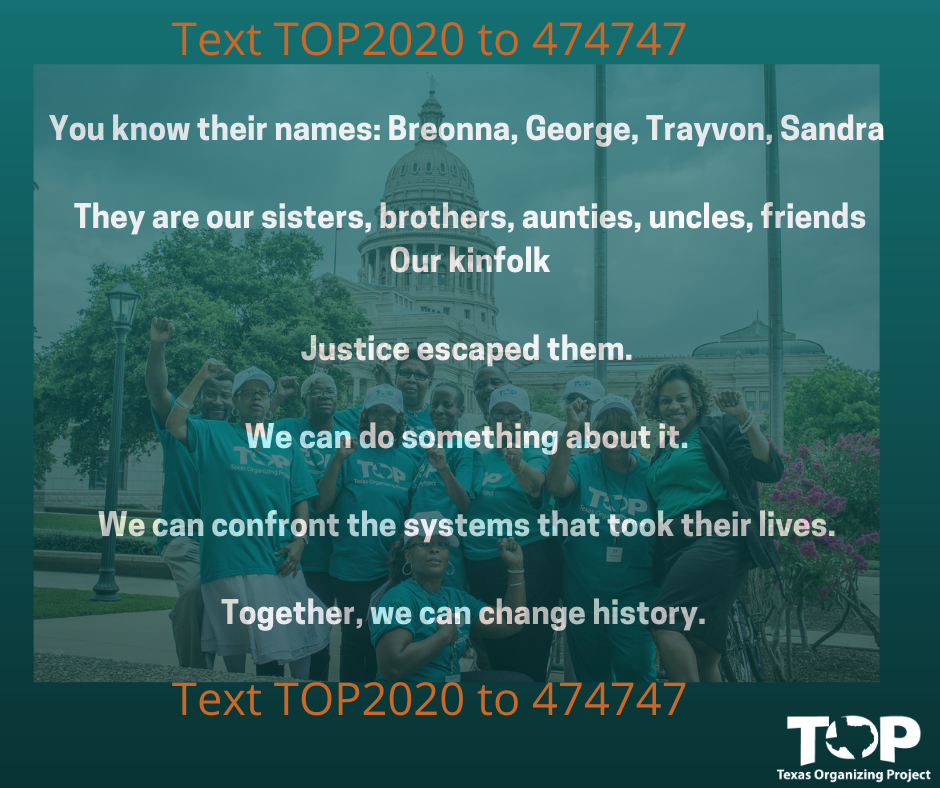